Today was the first day of protesting outside the new Jobcentre. Access to this Jobcentre is either up the stairs pictured below or in a small lift in the library pictured below.

Basically you’re stuffed if you’re claustrophobic and unable to climb stairs as well. Will the DWP be understanding of this… Time will tell. 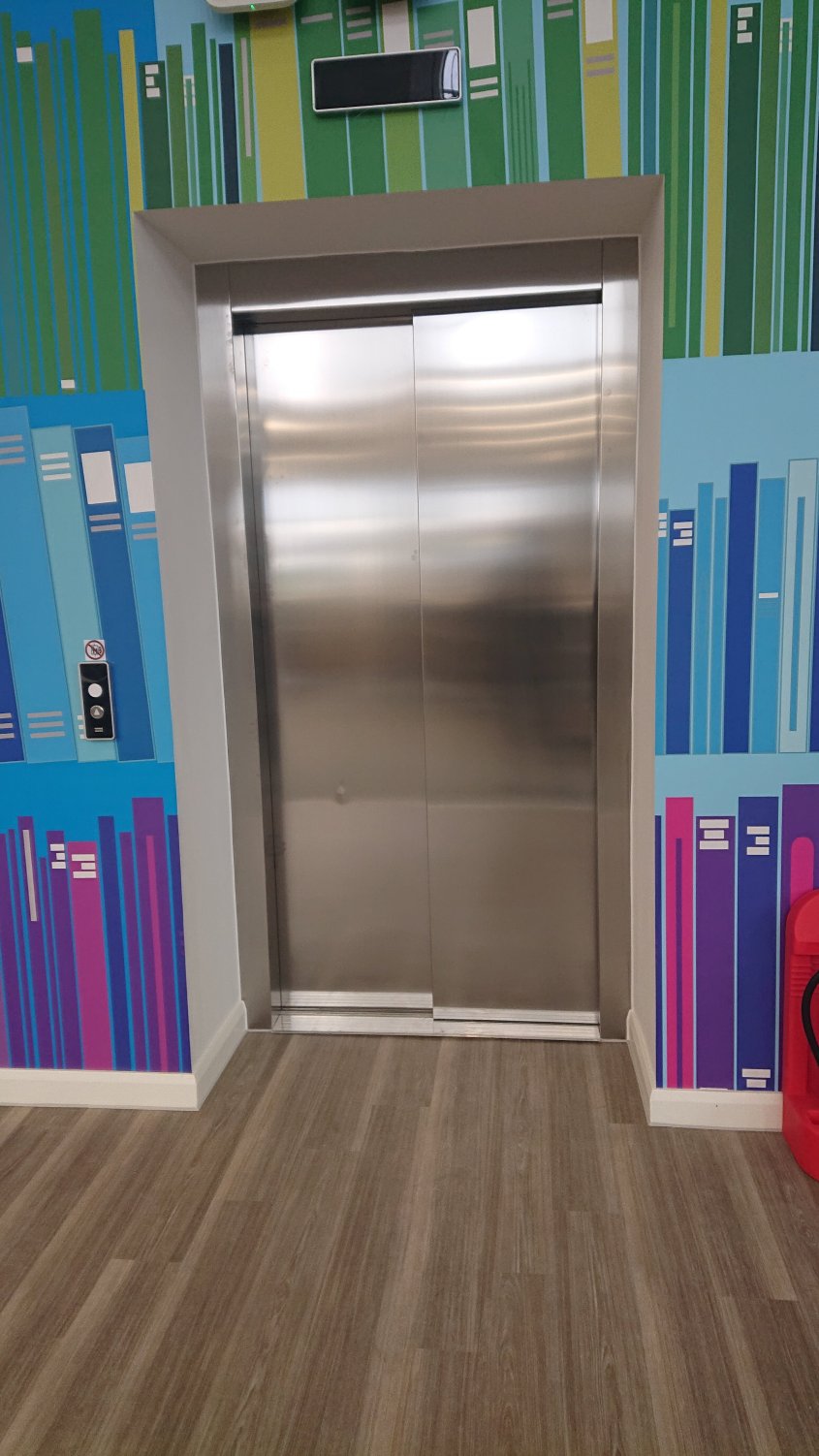 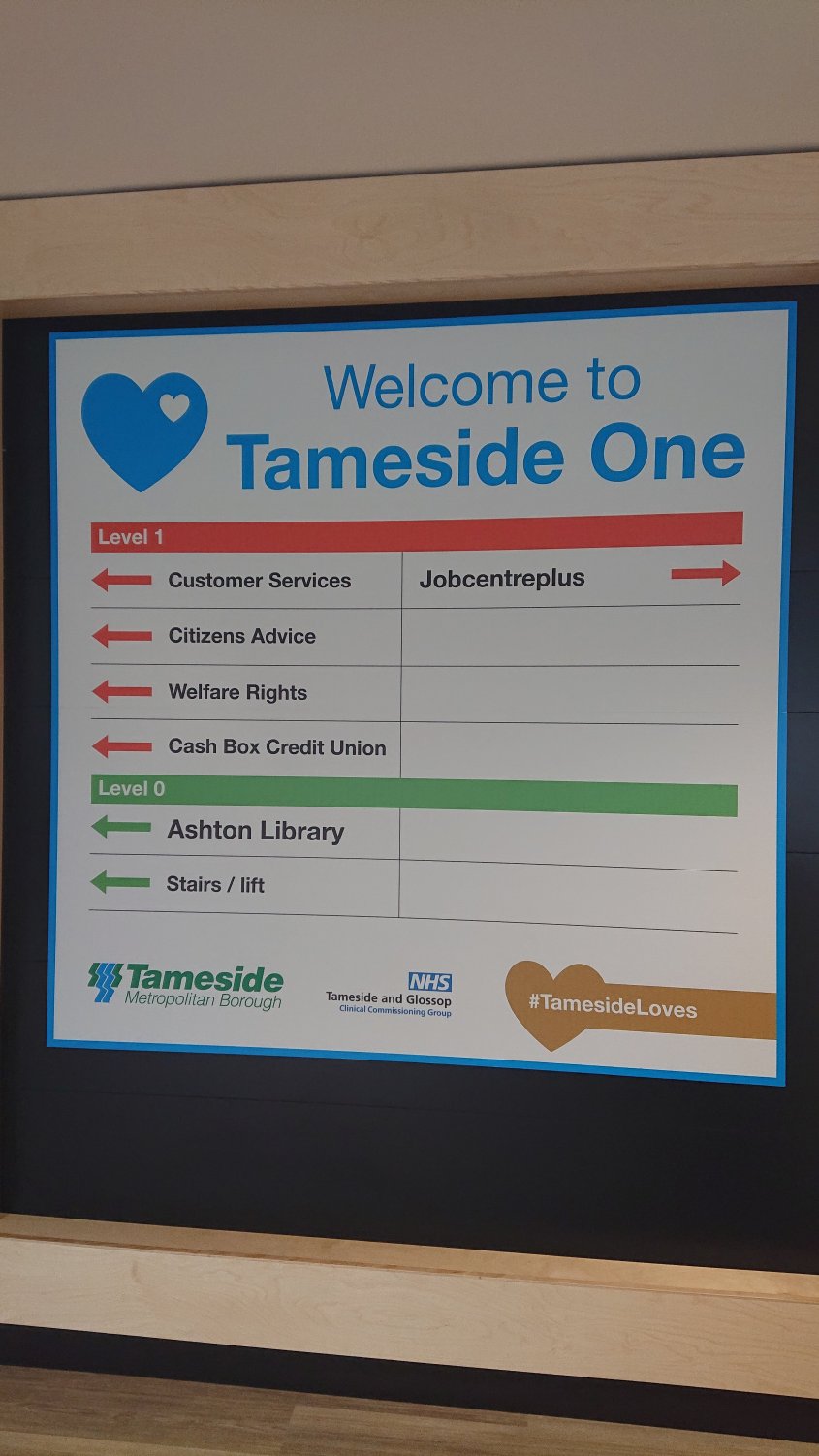 We arrived as normal at 10am outside the new Jobcentre. It was pouring down with rain which didn’t help things either.

The minute that we arrived the police arrived, they must have been waiting for us. At first they were quite happy for us to stand outside the Jobcentre in the plaza area because it had been deemed a public place, however a member of the local authority decided differently. We were told that we had to stand in the area near the steps downstairs.

Flaming ridiculous. Of course that the Jobcentre don’t want us there so they’ve probably had words with someone, you know how these things go. Despite this’ll we will be back outside the Jobcentre next week.

We help people, hand food parcels out and support people… All things that the DWP should do. Whilst we were there local councillors who were standing with us weren’t impressed with us being moved. Believe me we will be back.

Today was hectic because the weather was awful and we’re trying to get used to our new spot.

There’s no signage up for the Jobcentre or the library either, its a fancy glass building and I like the library but there does need to be signs outside also.

Another matter of concern that was brought to me by a member of the public was that there’s no privacy near the computers and DWP staff were milling round the library and looking at what people were doing.

Lovely. A library is supposed to be a place of sanctuary.

We directed lots of people to the Jobcentre because they didn’t know where it was because of the lack of signage and we still spoke to people and handed food parcels out to those needing one.

I spoke to a heavily pregnant woman whos 30 weeks pregnant. Shes just made a claim for universal credit and has been told that she has to make a new cv and look for work.

What planet exactly do these DWP advisors live on? No one will employ a woman thats pregnant even more so heavily pregnant. The DWPs attitude towards pregnant women makes me feel sick.

Throughout the demo I was concerned and still are concerned about access to the Jobcentre for disabled people that can’t use lifts or stairs. What’s going to happen to them if they can’t attend their appointment? This needs addressing ASAP.

We handed out all of our food parcels and helped people. Next week we will help even more. 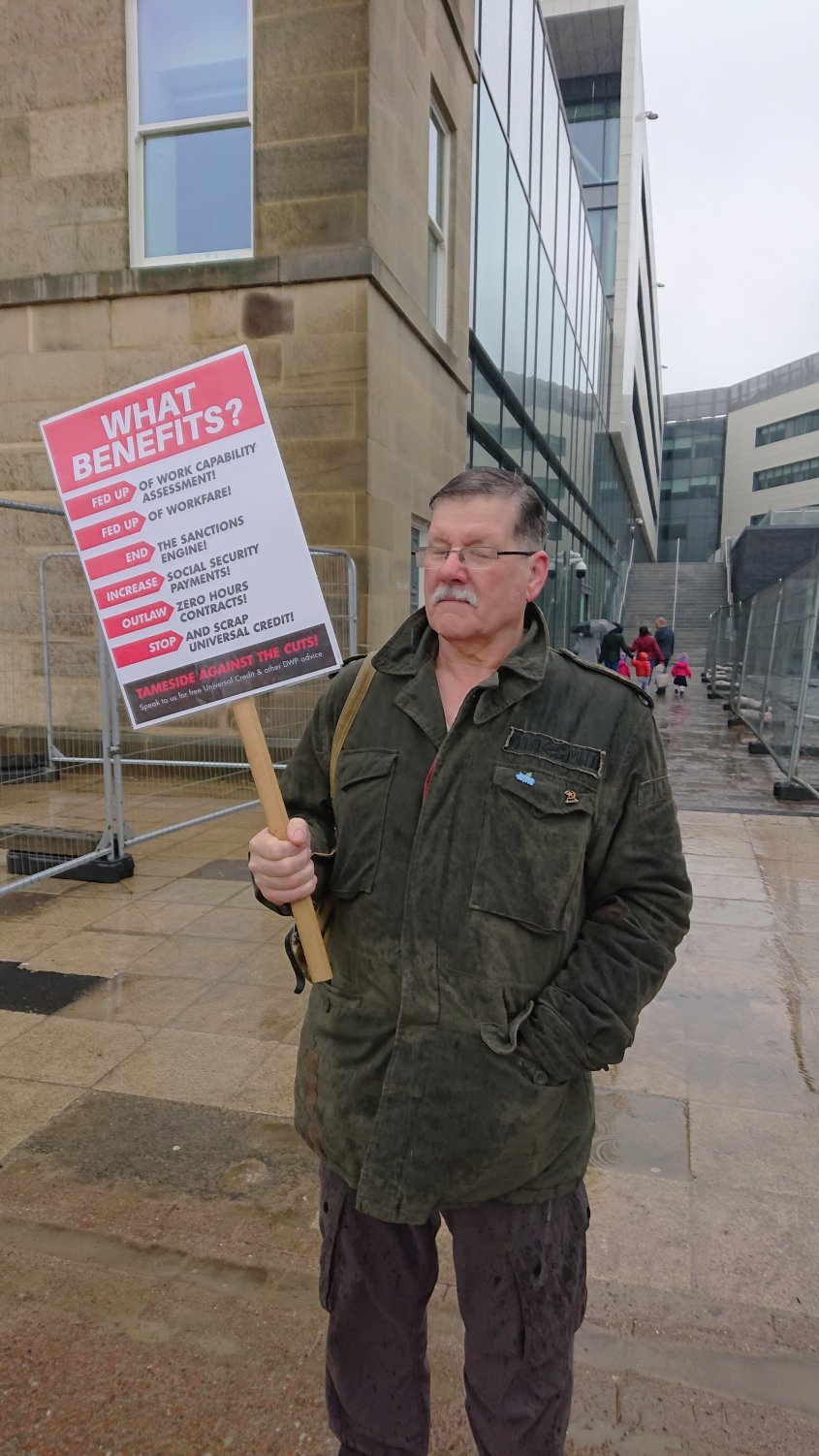 Massive thanks to everyone that turned up to help in this dreadful weather. I really do appreciate it thank you so much.

Thanks to everyone who reads wnd shares my blog, thank you so much ❤️.

Also thanks to everyone that supports my blog and the campaign. Thank you so much. I’m a skint single parent just trying my best to help people and to raise awareness of the suffering of others.