Good news folks, the Labour Party are very close to committing to our stop and scrap universal credit stance.

This has taken many years of campaigning and lobbying by campaigners including myself. For too long they had stuck to the ‘let’s fix it’ viewpoint. 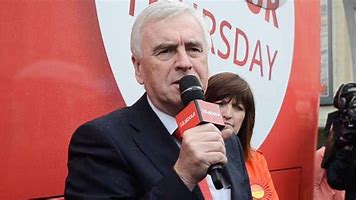 John McDonnell agrees that the ‘reforms haven’t worked’The Shadow Chancellor said he had been listening to the experiences of those on the combined benefit system and that it was beyond saving.

The shadow chancellor stated “I have been listening to people over the last few weeks about the roll-out in their particular areas, I’ve been looking at what the Government has said about how they are seeking to reform it. The reforms haven’t worked.
“I think we’re at that stage now that it’s not sustainable any more.
“It’s not a system that can work. It’s not a system that’s providing the safety net that people expect when they need support.
“I think we are moving to a position now where it is just not sustainable. It will have to go.

However, this has given us a glimmer of hope, maybe a light at the end of the tunnel. It doesn’t prevent the suffering that people are having to endure on a daily basis caused by Universal Credit, nor will it stop, for the time being, the poverty that we are forced to live in. But it does give us hope and adds a bit of strength to our campaign to stop and scrap Universal Credit.

Unite the union have also announced their stop Universal Credit stance also, adding further fuel to our campaign but we also need other trade unions to also agree to this also.