Hi readers, I need to apologise. I’m extremely late in publishing the blog this week because I have only just returned home. We went for a cuppa after the demo to warm up and I then had a meeting. After that I had to collect my daughter from school etc. Thank you for your patience.

Today was freezing cold, the warm weather that we had last week has long gone. I do worry how this is affecting everyone who is either street homeless or unable to buy gas and electric. I suppose that we shouldn’t have got too confident with the very short warm spell.

It was extremely busy today, it never stopped. Nearly every person that I speak to is vulnerable in one way or another, many are disabled but constantly punished by this punitive system. The full Universal Credit roll out is having a very negative effect on people, especially disabled people whom are now forced to claim the disability element of Universal Credit.

The first person that I spoke to had recently been taken off ESA. The reason being that he didn’t attend an appointment because he didn’t receive it. For anyone that says that this does’t happen I can assure you that it does, and it happens a lot. However there is no excuse for the DWP not to ensure that every claimant receives their letter on time or at all, there really is NO viable excuse. Of course they deny that this happens but you only have to spend some time outside your local Jobcentre and ask people if it’s happened to them.

I spoke to a man who likes to come and have a chat with me. He’s a lovely man and we could well be the only people that he sees in the week that aren’t of an official capacity. He told me that he wasn’t well and had just been to see his doctor who has told him that he has a chest infection. I gave him my coffee to take his tablet.

He told me that he is now ready to seek further help and is excited about doing this. This is wonderful news, and for anyone thinking that it’s easy to get people to engage it isn’t. Life is difficult, situations are difficult and it’s hard to trust folk. I’m positive that the next time that I see him he will be much healthier.

I spoke to a person who is sofa surfing, they also like to come and have a chat with us. They are recieving help from other local organisations but they like to come and chat. We like that because it’s so important to do so. Sofa surfing is very common indeed but it shouldnt be so.

I am not an expert on homelessness, I leave that to the experts and other local organisations however I have been homeless in the past and do have a certain level of understanding and can relate to people in that position. Hearing a kind word really does make a massive difference.

We spoke to some people who are living in temporary accomodation. They are also liaising with other local organisations but like to come and have a chat. I really enjoy speaking to them also. They are now navigating the benefit system but luckily they have a nice advisor atm. I know who this advisor is but can’t name them. Thank you for being kind.

I spoke to a person who had travelled quite a distance to attend an appointment that had been given to them on the telephone. They arrived was told abruptly that there wasn’t an appointment and that they had to leave.

There really is no excuse for this, we all know that the DWP’s computer system is rubbish at best but please, confirm that the appointment is still happening. People often travel a long way and are nervous about attending. Sort it out DWP.

I spoke to a person who has been unemployed for two weeks and are making their first Universal Credit claim. They told me that ‘It’s bloody ridiculous, how do they expect us to wait at least five weeks? They told me that I can get a loan but I have to pay it back so I won’t be doing that, it will make things even worse. How do they get away with this?’

He is of course correct.

I spotted quite a few people wearing uniforms having to use the Jobcentre. Don’t forget that even if you are working once you are transferred over to Universal Credit you have to sign on and comply to strict rules especially if you work part time. They tell you that you are ‘under employed’ so therefore have to find more work, ignoring of course childcare obligations etc. The DWP needs to stop doing this as well. It doesn’t encourage anyone, it just makes matters even worse.

I spoke to a person who was also having to claim Universal Credit for the first time. They told me that they are finding it hard because they struggle to read. We advised them and referred them to where they can get further help.

I spoke to a young person who told me that they are struggling because they have aspergers. They are claiming the disability element of Universal Credit and are really  struggling to cope with the system. They have been warned that if they don’t make more effort then they will be sanctioned.

For gods sake, they are trying. They are doing their best. I referred them to a local organisation, but they told me that they might find this difficult. Like I said, not everyone is able to access everything, nothing is straightforward. I handed them a leaflet, advised them and also told them where they can get free help and information online. They told me that they can and will do this. I also offered to accompany them to appointment to ensure that they are treated correctly, so I shall see if they take me up on my offer.

I briefly spoke to a person who was at first walking past us. I went to hand them a leaflet and they told me that they are on Universal Credit and are having to live on £96 a month. Yes a month. Please don’t tell me that this doesn’t happen because it does happen. Universal Credit is cruel, and relentless in it’s persecution of the poor. They took a leaflet and advice on where to get further help. They had nothing good to say about the system and I can’t blame him. Nor have I.

Lastly I spoke to a person whom was reluctant to speak at first. There are a lot of misconceptions about what we actually do outside the Jobcentre, and also people are nervous of speaking to anyone. It really does make people feel like that.

I handed him a leaflet and they asked us what we were doing so I told them. They took the leaflet and thanked me, looked me in the eyes and said ‘They are treating me like a criminal in there. I’m not a criminal and I hate it’

The DWP system does make people feel like this, because everyone is treated as being guilty for their own poverty. It’s intrinsic to the system, it’s designed to do so.

People shouldn’t be treated like this, the government are criminals for treating people like this and I hate it. 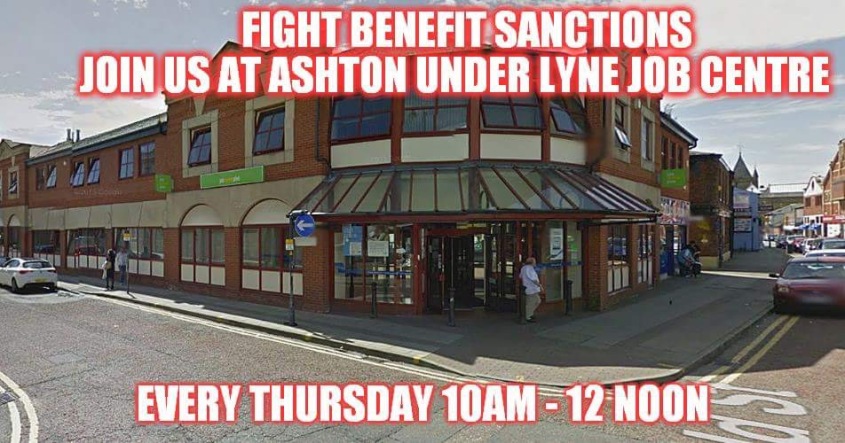 This week has been an extremely busy week. We filmed with Sky News a while ago, and I wrote a short article alongside this. Ever since it has gone a bit crazy but in a good way. It has reminded me of how many good people there are in this country, people who care. THANK YOU.

Have a read, theres also links to the video on the article. When I receive an update on the young man in the video I will let you know.

For anyone that still is under the misconception that the contents of my blog are untrue, or that its easy for people having to use the Jobcentre, or that there are plenty of suitable jobs out there come and join us. Come and see what it’s really like. Life is certainly not easy for most people.

A massive thanks to the usual crew who turned up today and to everyone that came to any hello, I’m sorry that I didn’t have time to speak properly.

Also a massive shout out to my friends over at Disabled People Against Cuts, and fellow blogger Kate Belgrave. Kate I owe you a cuppa.

We handed out all of our food parcels, handed a lot of leaflets out and I’d like to think that we have made a difference in their lifes.

I also would like to think that we are helping to highlight and change this system, it’s hard work but we need to do this. Please use your vote in the upcoming local elections, this is very important. You are important.

Please read, share, tweet, reblog, email and talk about my blog and the contents of my blog. Send a copy to your MP, even if they are Tory.

We will return again next week, come and say hello we really do appreciate it. I just hope that the weather improves!!. 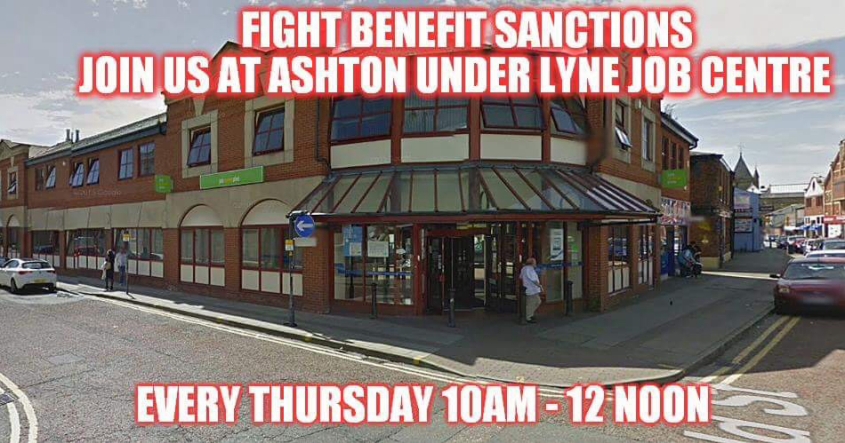 22 thoughts on “They make me feel like a criminal and I’m not. Welcome to Universal Credit.”