I arrived at Ashton Under Lyne Jobcentre as usual, and placed my bag in its usual place. I use it to carry our leaflets and anything else that might be required for the morning. I looked up and I must have been spotted from afar, because our usual recipients of the food parcels were waiting.

We spent a few minutes chatting, catching up with things and seeing if anything has progressed. Like last week, nothing much has, but they have taken our advice so  now it’s a waiting game.

It’s hard to describe the atmosphere outside the Jobcentre, but anyone who has joined us will tell you its hard work. Today we were battling with wind and heavy rain at one point. I’m not complaining but I’m highlighting this because many of the people that we speak to really can’t dress appropriately for the weather, nor can they afford to. The weather also affects the mood of the place, and the mood certainly wasn’t optimistic.

Gordon arrived with the food parcels and the majority didn’t even touch the ground. It’s shocking that this is the case. And before anyone says that I shouldn’t be surprised, I’m not. I’m bloody furious that anyone should have to live like this.

It’s hard enough being poor without having to rely on food parcels to keep you going. It makes people feel that they’ve lost all hope, that there’s nothing to aim for and that they’ve lost their dignity. People do feel this way, they tell me. Some are ashamed and hide round corners so that they aren’t seen. Can you imagine what it feels like to feel so bad that you have to do this? I can tell you it’s heart breaking. They feel abandoned by society, the very system that they’ve paid into has let them down.

Due to high demand, the food parcels went within ten minutes. I had to double check the time. I’m angry that people are having to use them. Every person deserves three good meals a day, a home to live in and the security of some kind of income. It’s not just adults that are suffering, children are too and unborn children. In my eyes that’s totally unforgivable.

Ian Duncan Smith, and every Tory MP and minister that has helped to implement this regime, I and others will never forget the cruelty that you have purposely imposed on the most vulnerable in society. it’s wanton cruelty on an industrial scale. Austerity has always been a political choice not a necessity.

My colleague was approached by a woman who hadn’t received her fortnightly payment. She hadn’t been sanctioned, and nothing untoward could be seen on the computer screen. Now I remember the days when an advisor would make a simple phone call on behalf of the claimant to find out why. It’s not hard, and still it still can be done. Instead they told the lady that they weren’t going to phone up, she had to phone the number herself. This is totally unreasonable, because the lady might not have been able to if she had no credit for your phone. Also keep in mind that actions like this are enough to send someone over the edge. We see this a lot. And it’s cruel, not to mention expensive.

I spoke to a lady waiting for her young son who had to attend an appointment. She told me that he was very quiet, and wasn’t good at communicating. I’m sure that he’s the type of person that the DWP like to target for sanctions and other such things. She had asked if she could go in with him, but the G4S security guard said that she couldn’t. I’ve two issues with this. 1, her son is clearly vulnerable and he is allowed representation at appointments, 2. A G4S security guard has no place telling her what she can and can’t do. So yes they are up to their old tricks again. I’ll be watching them.

We spoke to a lady who had been very ill and had missed her PIP appointment. There’s no way that she could deal with the world, all she wanted to do was hide away from the world. I totally understand that. We offered her advice, gave her a leaflet and I think that she felt a bit more confident. ESA and PIP assessments are awful, no one should have to live like this. It’s cruel and akin to mental torture. Having a black cloud of uncertainty hanging over your head all the time isn’t good for anyone’s mental health. 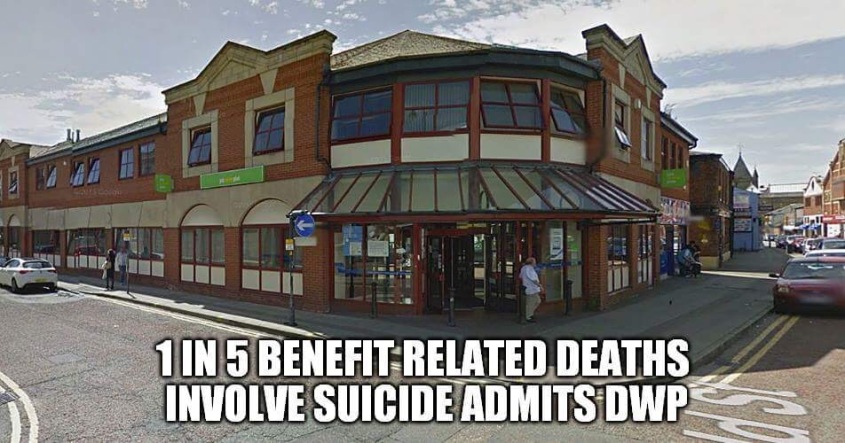 We spoke to a man who had previously taken one of our leaflets. He wanted to thank us. He said that the information on it was very good, and he had used it to appeal against a sanction. He went on to say that he had got the £307 back from the DWP and this was all down to the leaflet. He kept saying thank you, and you know what this is what it’s all about isn’t it. This is exactly why we do what we do. This is why I have been standing outside Ashton Under Lyne Jobcentre for almost four years now. For those criticising us, we do make a difference.

I make no apology about mentioning myself on this blog. Someone complained about this last week. The blog is my blog, it’s about the weekly demos, our activities, but it’s also my blog. I enjoy writing it and if I get fed up I shall say so.

It’s not easy witnessing the loveliest people that you know being systematically destroyed by a government that doesn’t care. People are destroyed by this system, families torn apart, people commit suicide because they can’t take any more suffering. Believe me we’ve seen it all here, and most likely will do in the future.

In Victorian times, the rich didn’t know what to do with the poor, but they didn’t want them spoiling their view, so they created Workhouses. A place of fear and dread. Light penetrated through windows that were designed so you couldn’t see out of.  Food was the very minimal amount, just enough to keep you alive, but only just.

Inmates were there to be exploited. Families torn apart, unable to see each other due to segregation. Long, hard days of labour ensued, which the workhouse and businesses associated with them profited from.

Poor people were seen as expendable labour. They weren’t respected and to be honest there wasn’t anything such as the ‘good old days’ there. A person could only leave if they found employment, near impossible when they were working long days for their master.

I’ve covered the subject very briefly there, but my point is this. The situation that we are in now isn’t much different. Read through it again and compare. It’s scarily similar.

We shouldn’t accept this as the norm, it certainly isn’t. Hopefully soon there will be a positive change and I’m praying for that every day. 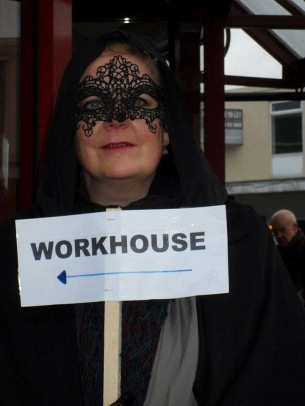 ca. 1870 — An illustration from Oliver Twist by Charles Dickens. — Image by © Bettmann/CORBIS

Many thanks to Pauline for the food parcels, Street Treats for the bananas and bread, and to the lovely gentleman who dropped off some bits. We really do appreciate it.

A massive thanks to EVERYONE that attended today and to those that couldn’t due to illness. You are all amazing, and for those that are ill get well soon!

Please share my blog, talk about it or donate if possible. It’s really appreciated and it has turned into a full time job for me, which also makes me very sad and angry..

One day we will have a better world for everyone to live in.