As I arrived for our weekly demonstration I was approached by a young man who appeared a little anxious. I took my leaflets out of my shopping trolley and asked him if he would like one. I could see that he was cold and worried.

He was a pleasant young man who had just been awarded his claim for ESA after a long battle to receive it. He had been helped by his social worker and other support workers. He openly told me that he had been diagnosed with a personality disorder after a long period of diagnosis and during that time, because he wasn’t receiving any treatment he had fallen off the rails and had got into bother.

He explained to me that he was trying to get his life in order and was doing his best. He said he just wants to be able to get stable on his medication and start the long journey of getting his life back.

Unfortunately he had been placed in the work related activity group of ESA. Which does mean that he still has to comply with some job search related activities. One of these involves attending the Jobcentre for interviews and a request that he starts a course with the group invicta whom Ive spoken about before. He said that his advisor said that they will be able to help with his illness. The first appointment is voluntary but the following aren’t. This isn’t good because he isn’t stable enough to commit to anything at the moment. He wont be taking them up on their offer of attention this course for more than the first voluntary attendance. His priority is meeting up with the proffesional agencies that he is involved with. One of these being probation.

Unfortunately he has been given a curfew, and it includes the ruling that he doesn’t go anywhere in the town centre. Simple enough to understand, but the Jobcentre advisor just doesn’t seem to understand this. He was forced to attend a Jobcentre appointment last week, the police spotted him on the towns cctv camera and they pulled him up. Infact they were waiting outside the police station for him.

This week he was forced to do the same thing. He explained to the Jobcentre that he has a curfew, and they told him that its tough. Either he attends his interview, or he doesn’t and he gets sanctioned.

This has plainly put him in an impossible situation. He can’t afford to receive a sanction, no one can and his illness would get far worse. So he had to break the law because of an advisors ruling. What hope is there for him?

He is getting further advice on this and after his appointment he ran off to attend an appointment to try and sort this out. I of course advised him.

But the DWP openly telling this young man to break the law is plainly law. The DWP aren’t above the law, even though they think that they are and I really hope that he takes legal action against them and the advisor. They should not be giving advice like this. But of course in their eyes the Jobcentre comes first.

As I arrived at the Jobcentre with my trusty shopping trolley I was called a scumbag by a passer by. I’m used to awful comments like this and one day I will be able to buy a video camera to show folk what it can be like at times.

We were stopped by a lovely lady who’s brother had been failed his ESA decision. He’s a type 1 diabetic and he’s had no money for weeks. She travels all the way from Wales to help him, to make sure he has some electric on his metre and to give him food. He has an ulcer on his leg and as well as the diabetes he has many other diabetic related illnesses. I’m very sure that he would be dead by now if it wasn’t for her care. We advised her and she had made appointments with Citizens Advice to further that help.

Lots of comrades and supporters arttended our demo today. A comrade counted 25 at one point. The amazing film I, Daniel Blake has certainly played a massive part in this. Thank you so much Ken, Paul and team.

Two of my friends from the anti fracking movement the Nanas surprised me with a visit. They had travelled miles and I started to cry. Tears of happiness they are amazing women.

It was freezing today and Ive been very busy campaigning because as I said there’s alot more to this campaign than just turning up for a two hour demo every Thursday. My daughter told me this morning that obviously she comes first and then the Jobcentre. Sad but true. It’s not easy being a single parent on a very restricted income.

Please donate if you are able to, if not please share my blog etc.
Some good news though! One of the men in our video has now got a flat of his own to live in. I said last week that he had received his first ESA payment and now he has his flat. Its amazing news he was very proud to be able to tell us that he was able to cook his first meal and sleep in his own bed. I have spent time in a women’s refuge on several occasions in the past so I can totally relate to this. The feeling is amazing. I’m so happy for him I just wish that everyone had somewhere to call home for themselves. It’s not alot to ask is it.

Bad news though, the new benefit cap comes into play this week and its going to hurt alot of people. I knew that this was happening but it doesn’t stop me from getting angry and upset. 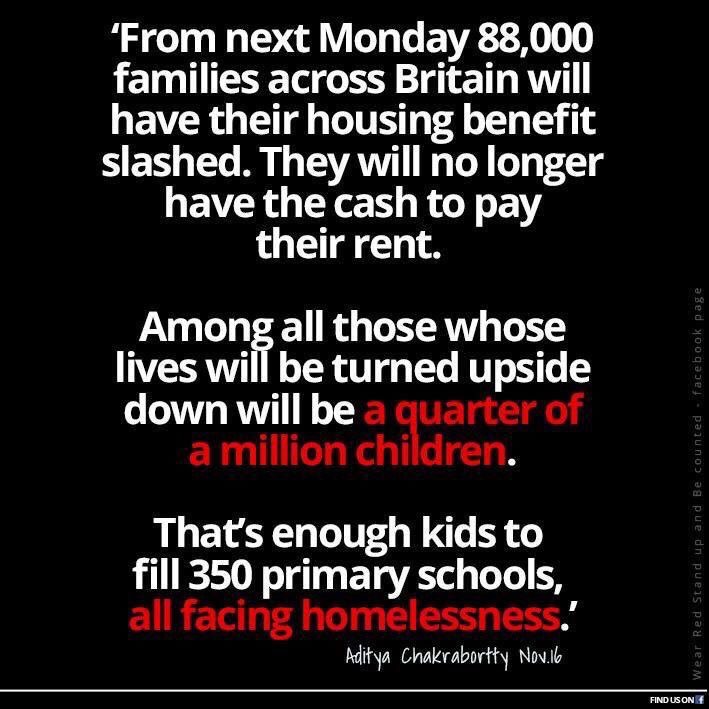 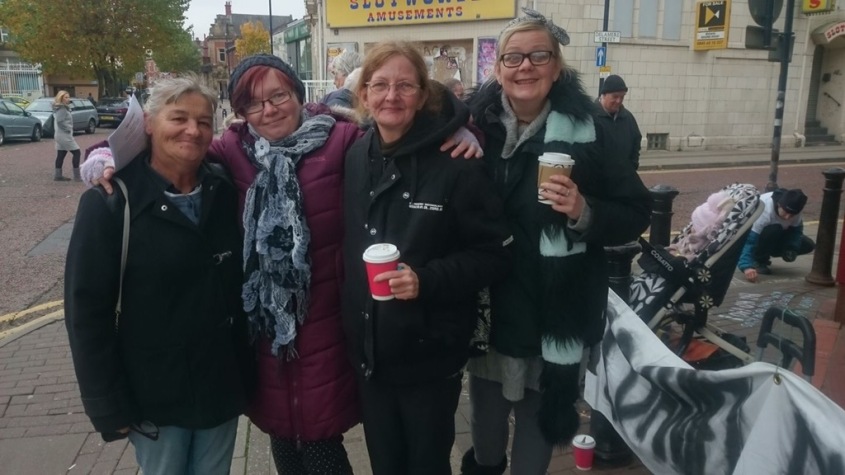 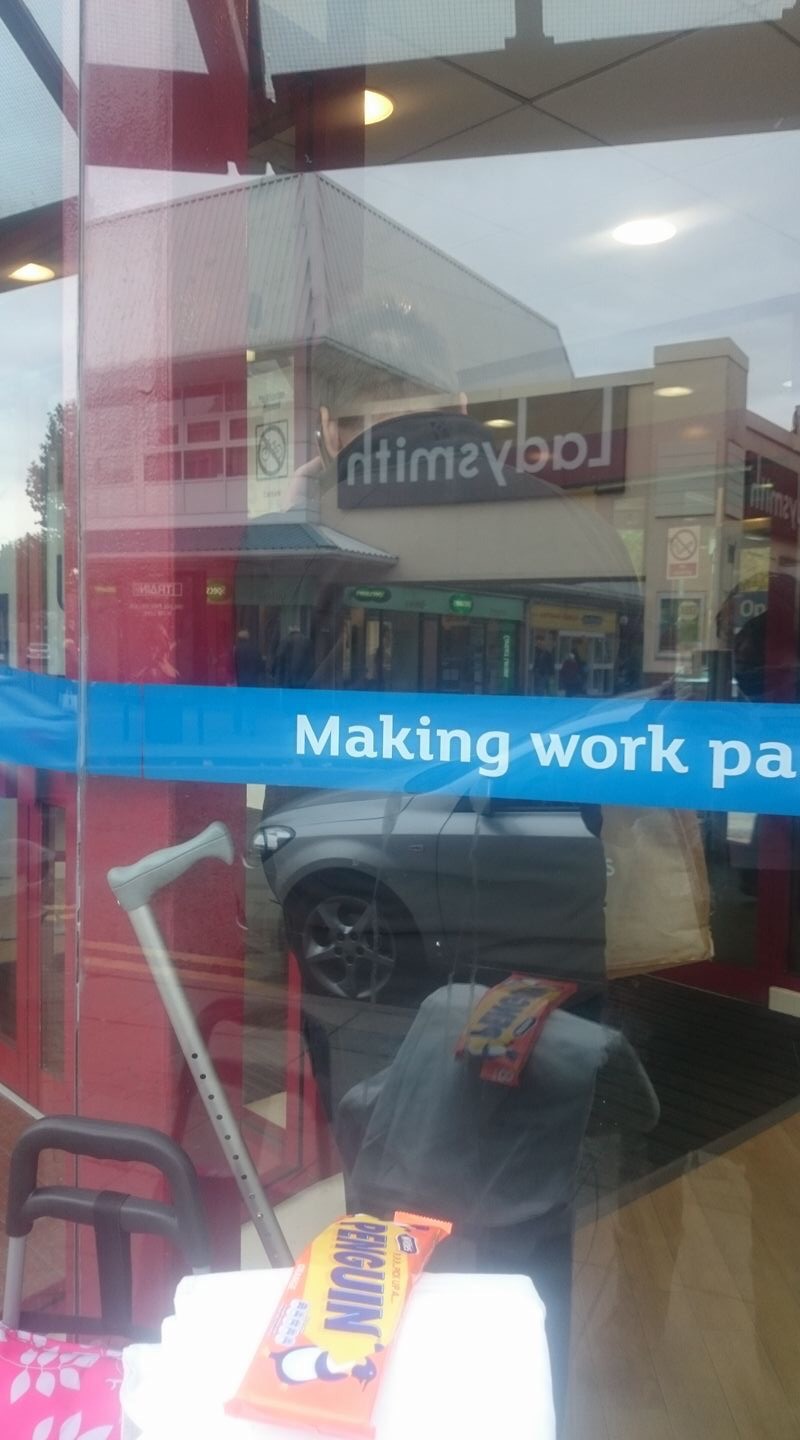 15 thoughts on “Claimant told to break his probation to attend Ashton Under Lyne Jobcentre. ”