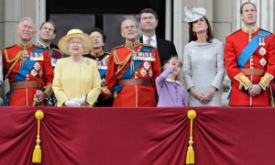 Everybody’s knows them. The parasitic families plaguing the lives of ordinary decent people. Parents on benefits, kids running rampant, a sense of entitlement passed down through generations. The kind of people who expect everyone else to clean up after them. But enough about her Majesty.

A front-line social care worker has accused the government’s flagship Troubled Families programme of being a ‘fraudulent scam’ that is subjecting families to ‘coercion and harassment’ and wasting public funds.

The comments have been published by respected research body the Centre for Crime and Justice Studies who last year also produced a report on the Troubled Families scheme.  This, and today’s front-line testimony, reveal a very different side of the programme that David Cameron recently announced will soon be extended to 400,000 more families.