Today was a great day. We held our now annual Christmas rememberence service outside Ashton Under Lyne Jobcentre.

Despite a lot of planning you never quite know how it will go and how many people will turn up. But we had a very good turnout which was fantastic.

Word has got round about our weekly demos and we get a lot of support from the public these days. But it’s taken a long time to get that support. We’ve worked very hard doing this and we will continue to do so.

Of course, whilst setting out we were “welcomed” by the police. There was quite a few of them. We are a peaceful lot and have never been a bother to them, but they feel that they have to give us this attention. I do feel that some of them actually support our campaign which I’m very thankful for.

We set out our table which had warm hats, gloves and scarfs on. Also we had mince pies, biscuits, some savoury biscuits and most importantly warm drinks that a member of our team had brought up in a large drink.

We also had a gorgeous wreath which was made by a member of The Green Party. I’ll put a photo of it below. It was stunning.

We started off with a speech by myself. I’m asked to speak publicly on occasion but I do get nervous. I explained why we were there and then I invited our guest to speak.

Our guest today was the Rev David Grey. He’s an amazing man, he doesn’t judge anyone and believes in peace, love and non judgement of people.

He gave a very moving speech that I will place below for you to watch. We then had the fantastic Eliza P Singer singing some very appropriate songs that she has wrote herself. She’s extremely talented.

I then spoke again and we carried on with the memorial demo. A fantastic man called Steve who is connected to a local pub The Station in Ashton spoke. They do such a lot for the homeless and anyone who needs help. He spoke about the amazing work that the landlady Pauline does. She’s amazing.

We then continued with our memorial demonstration handing out leaflets etc. I decided to speak again and a few members of the public joined in. They were disgusted at the way they have been treated. One of them a single mum with 3 kids had been sanctioned for months without anything. We all agreed that sanctioning people should never happen. Cutting off a persons only means of survival is never acceptable.

Whilst speaking I spoke about the evils of sanctioning, WCA assessments, workfare, ESA fit for work assessments and the obscene work programmes that the Jobcentre force you on. No one benefits on these except for the company providing them.

We decided that we wouldn’t leave our wreath outside the Jobcentre. They threw last years in the bin, so we had a procession up to the war memorial nearby. We placed it on the back of a memorial so not to break any rules and it is slightly hidden. Much like the poor who are dying everyday as a result of this governments actions.

We then returned to our homes. Weary, cold but feeling satisfied that we had managed to pay tribute to those that have passed as a result of this governments war against the poor.

Many thanks to everyone that came along today. I didn’t have time to thank everyone it was just too busy.

Please look at the videos and the photos. There’s some amazing people in them. Thank you so much. 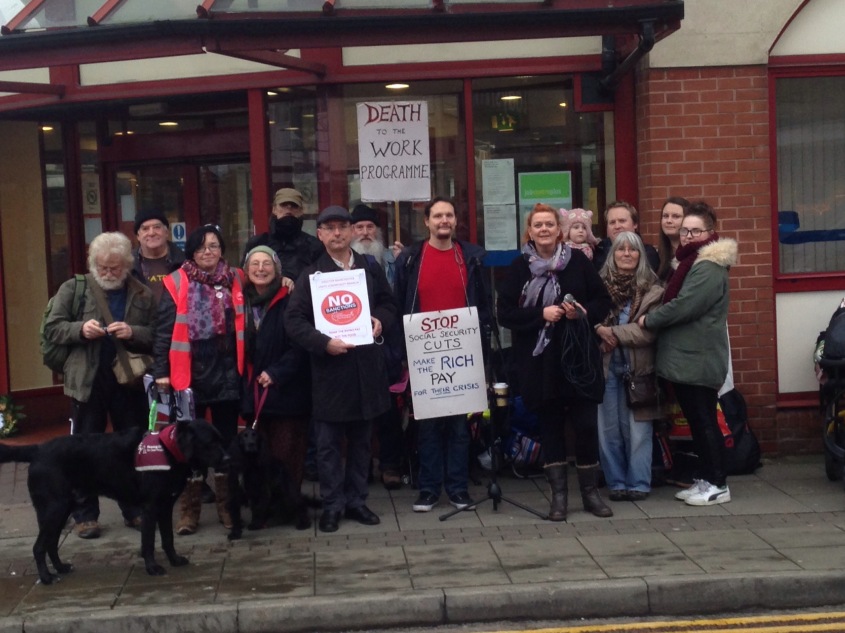 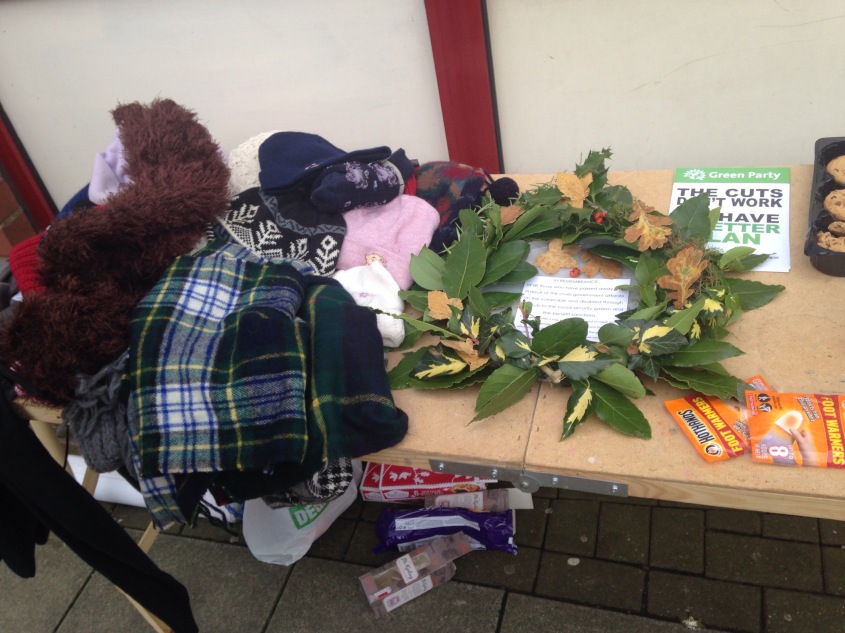 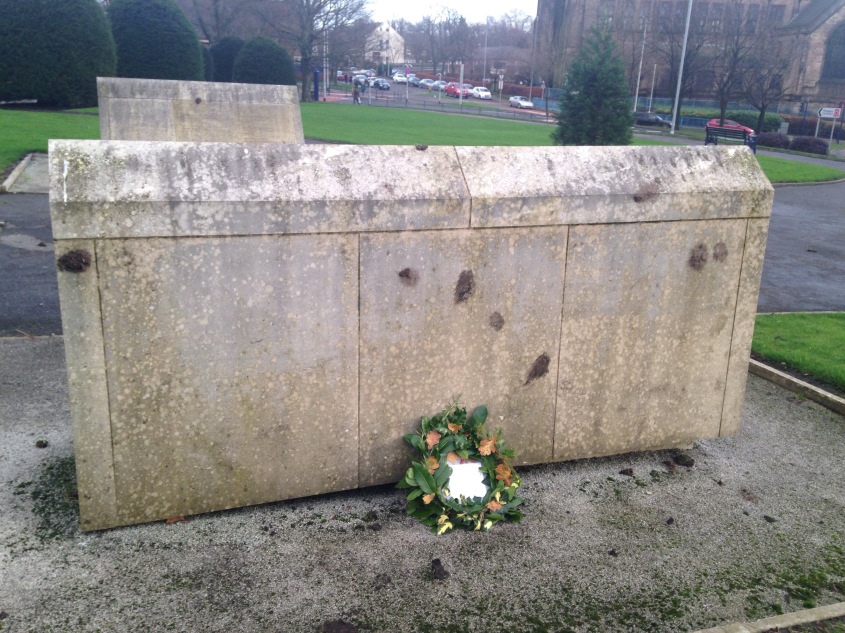 6 thoughts on “Our Christmas memorial service. ”