On Sunday I marched alongside 100,000 other people to protest about the Tory Party’s war against the poor and the audacity that they have holding their annual conference in Manchester.

It was an amazing day. I regularly take places on marches and did join the last march that was held when the Tory party came to town. It’s very important for us to let them see our disgust at them being there.

Manchester city council is a labour controlled council and the Tories do like to come and rub our noses in it. I also suspect that there is an element of coming to gloat, to see what damage they are doing and to remind us of who is “boss”. The arrogance that they have us astonishing but not unexpected. Whilst they engage in childish name calling and jeering we still remain respectful with our heads held high. Folk aren’t happy and they can see this.

We held  the big March on Sunday then the fantastic DPAC let their presence known yesterday. This group consists of very disabled people and volunteers who take them to events. I am in awe of this group of amazing people. Today there was a blocking of the area near the Tory party conference centre by people campaigning on behalf of the NHS. Mostly doctors, nurses, medical students and campaigners. Again amazing work.

Today Natalie Bennett attended Ashton under lyne Jobcentre to show her support of our campaign which has been constant now for 14 months. Her speech was fantastic and regardless of political persuasion it was great to hear. We needed the morale boost. We work very hard campaigning and to be recognised for that was great. Her support is much needed.

I invited the local press and our local Labour Party but not one attended. One labour councillors stood across the road for a few minutes but refused to stand with us. We are supposed to be in unity at this moment in time to fight against this oppressive government. I suspect work still needs to be done within local authorities. Thank you to local Labour Party members who couldn’t attend but have shown their support.

I also invited the local press to attend. They never showed up either. Very strange. But we are used to that.

After a great weekend and an extra day outside the Jobcentre we are tired but it is all worthwhile. The support from the claimants inside the Jobcentre was great. They were listening to Natalie speak and felt supported. At one point they wanted us to be louder but we were unable to be.

We will continue with our weekly demonstrations outside Ashton Under Lyne Jobcentre. Our demonstrations are a political anyone can join us as long as they are not violent or abusive. Please come and join us.

Thanks to everyone for attending and showing your support.

We are getting low on leaflets so any donations would be most gratefully received.

Many thanks to everyone who has sent their best wishes to my daughter. She has had her biopsy operation and we are now awaiting the results of this. 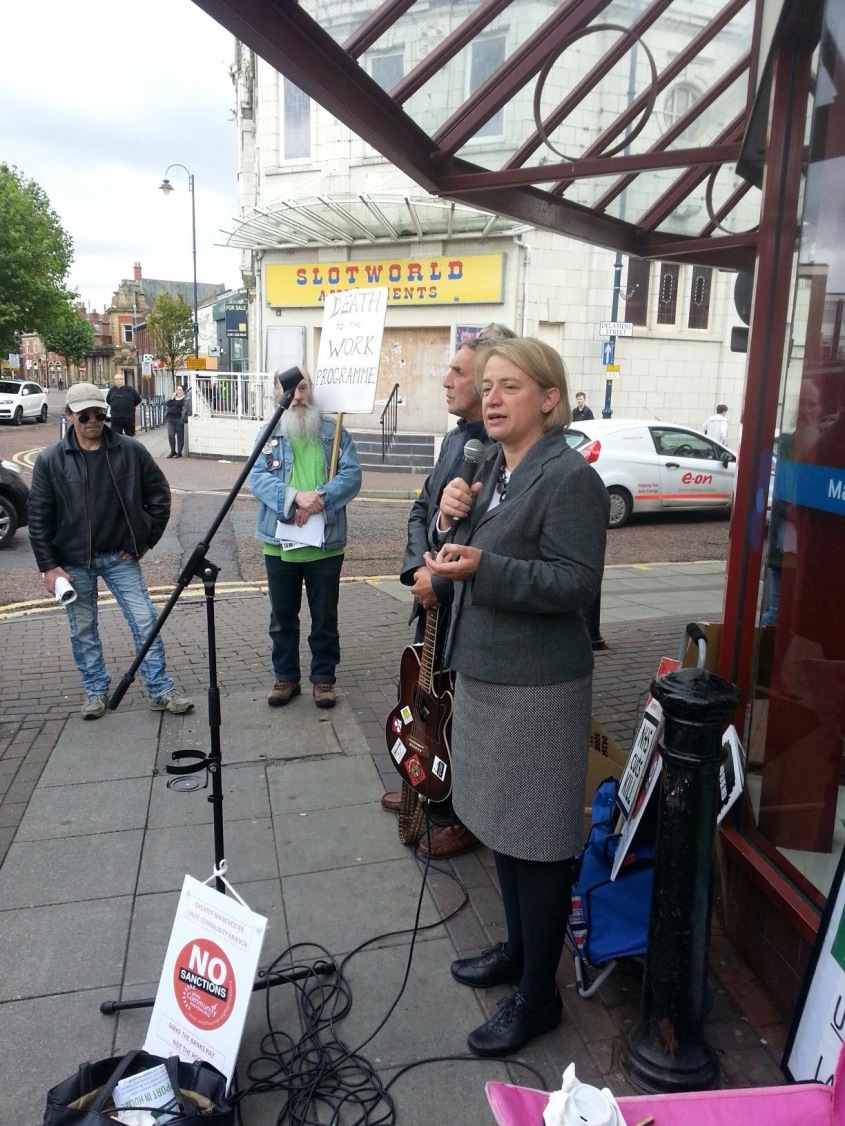 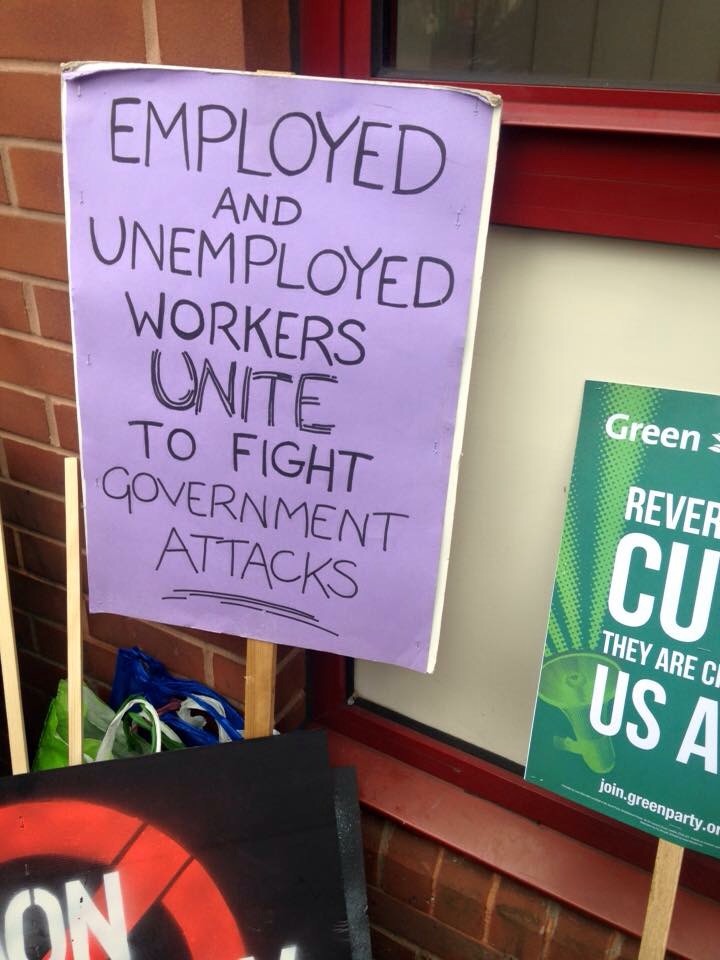 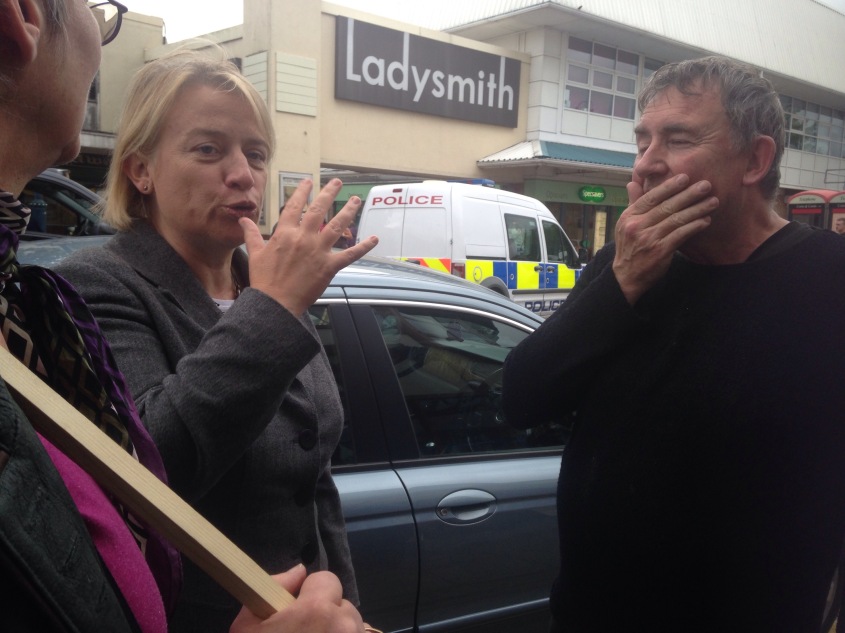 14 thoughts on “100,000 strong march in Manchester. And a visit to Ashton Under Lyne Jobcentre from Natalie Bennett Green Party leader. ”