Today was a fantastic day and we were  blessed with very good weather. It had taken me a couple of weeks to organise this demo and I always get a bit nervous beforehand. Will anyone turn up? I always think that but I needn’t have worried.

Waiting for me at Ashton Town Hall was our newest member. He’s a young college student and an inspiration, he’s the voice of the youth and I’m really happy that he can join us. He brought along 9 placards that he had made especially and they were fantastic. Then everyone else started to arrive. I was amazed at the amount of people that arrived. People from all over the North west. They know that demonising the poor and targeting the poor with schemes such as this is very wrong.

As I started to speak people started to cheer and clap. People are not happy with this scheme and I’m so glad that people were listening. Some people were shocked to learn that Tameside council had agreed to this deal and everyone was in agreement that we have had enough of the people of our town being sold to the highest bidder, which is technically what they are doing. We handed lots of leaflets out and the atmosphere was fantastic.

Leaders of our local authority who had agreed this trial decided to sit at a cafe opposite and watch us. I invited them to come and speak but they didn’t respond, we wernt expecting them to but they heard us loud and clear.  The police were called but it wasn’t a problem a local PCSO turned up and left after 5 mins, and we wernt moved on like we usually are. The reason being I think was that most people were in agreement with us. Town hall officials attempted to move us but we stood our ground and when we pointed out that it is our the publics town hall and market ground they cheered in agreement.

I noticed a massive shift in peoples views today, people aren’t as accepting of the policies that our local government and the national government are forcing upon us. I’ve never heard as much cheering outside the town hall before and there probably hasn’t been a rally as powerful as today’s since Victorian times when it was a hive of political activity.

A massive thank you to members of Tameside Against The cuts, The Green Party, Unite In The Community, Left Unity and members of the public who attended. 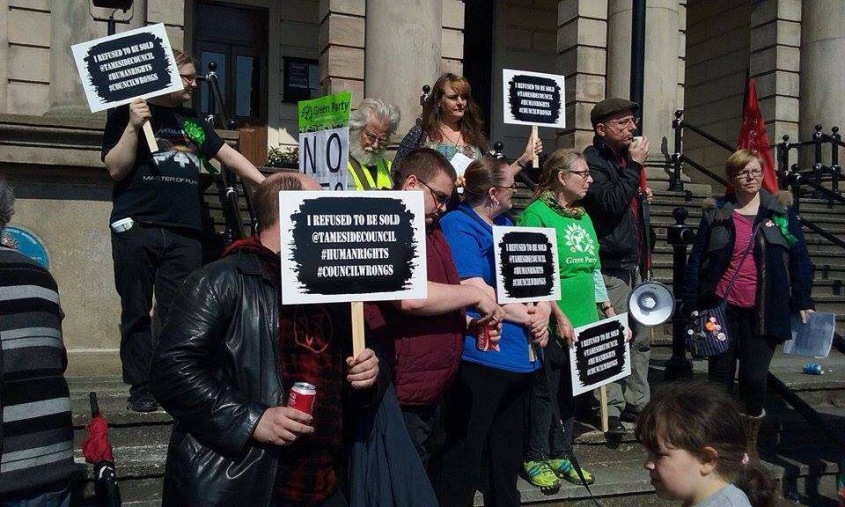 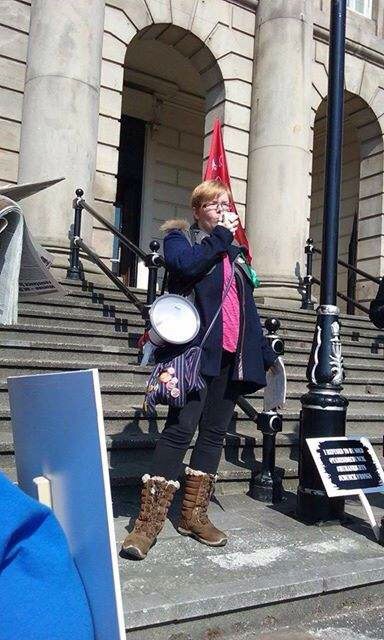 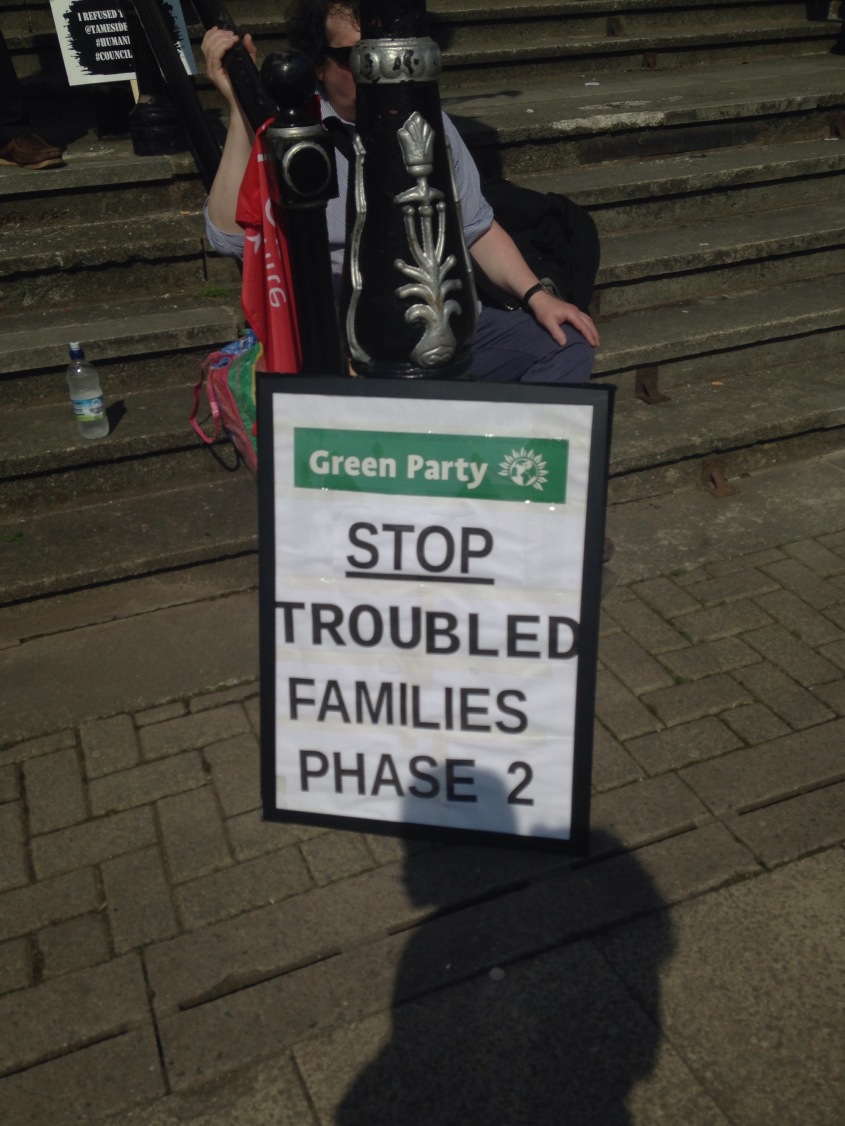 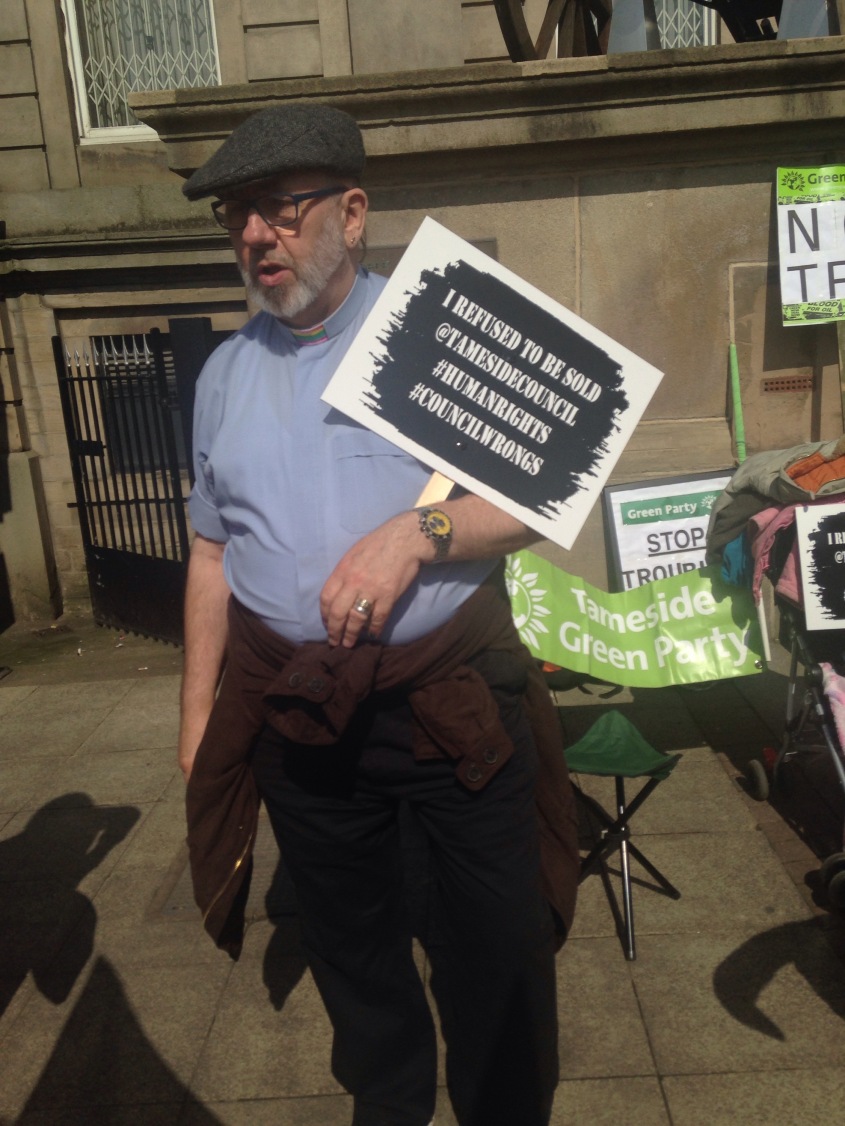 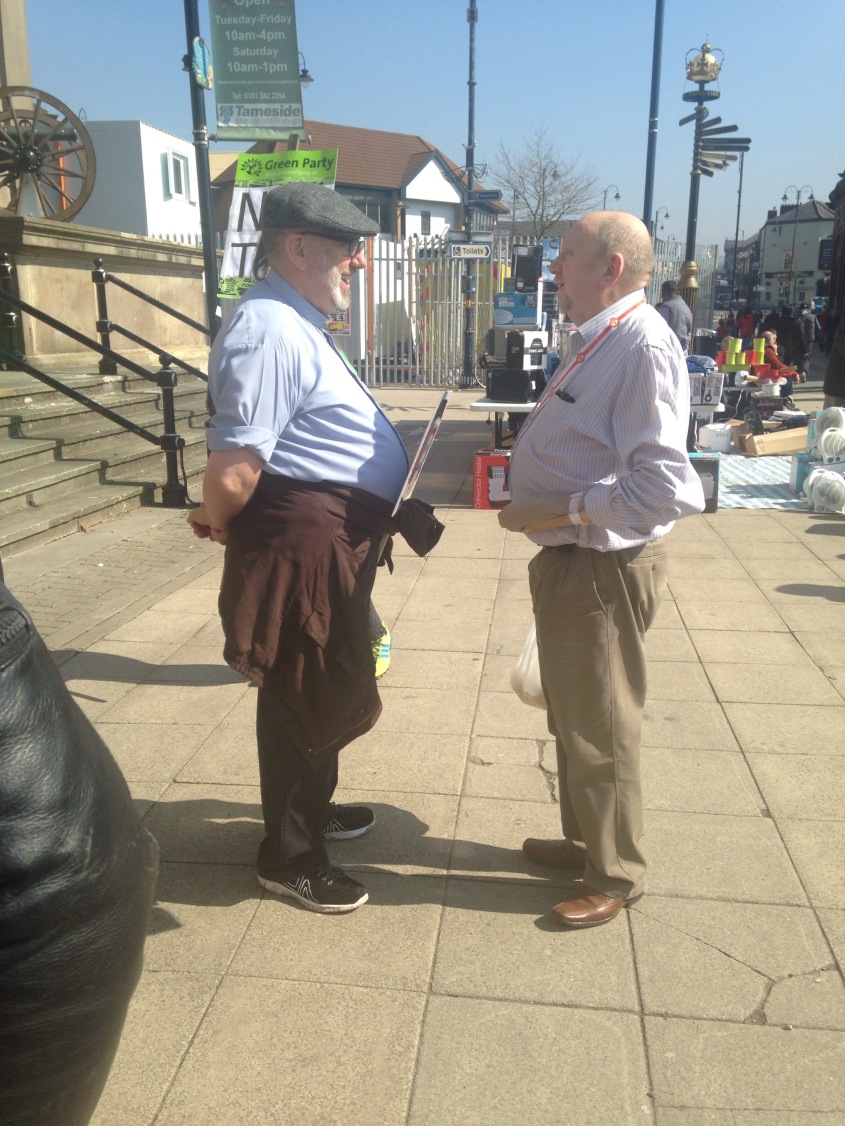 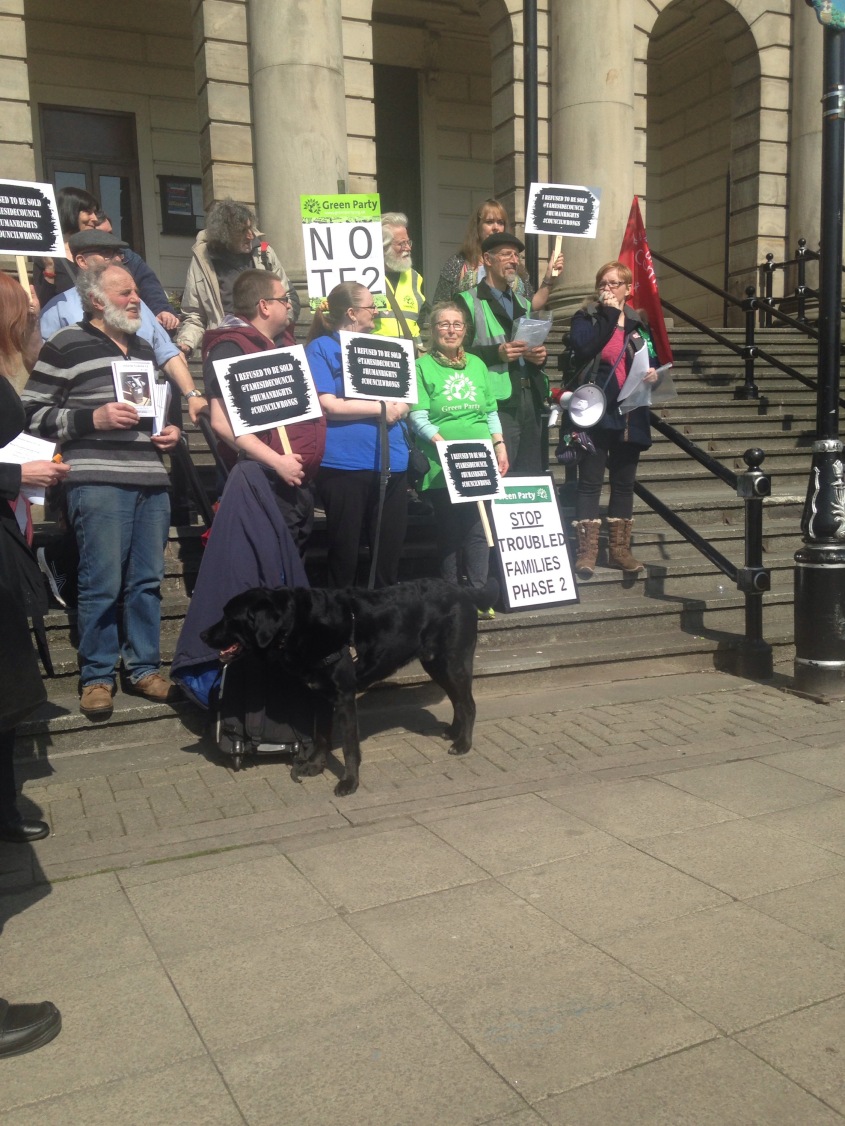 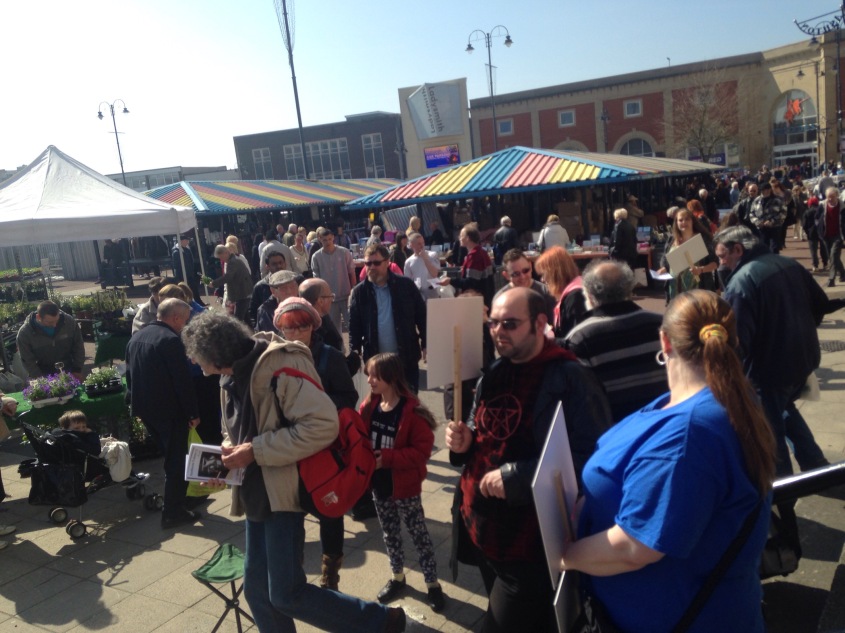 The communist Party and members of the public that joined us. It was a day that I will remember for a long time.

3 thoughts on “Our demo today demonstrating against the trial of the Troubled Families Phase 2. ”